A patient named Reginald turned to Dr.Pimple Popper to get rid of a massive tissue growth on the back of his scalp which had developed folds and extensions. Other doctors had told him that it was a keloid. However, according to Dr.Pimple Popper, this was the product of three conditions:

Reginald’s problem was too big for her to handle alone. So she decided to contact Dr.Bumpinator for help.

According to Reginald, living with his AKN, CVG, and keloid growth was difficult. Not only was it tender and itchy when touched, but it was also sticky, smelled bad, bled, and oozed pus.

Radiation caused it to actually get bigger. Reggie’s devoted wife Carla even takes part in helping to manage it. Due to the fact that hair grew between the folds, she had to shave these areas and apply topical medication when it leaked.

Reggie also had to wear a hat all the time, even on his wedding day.

In fact, he never went anywhere without some type of hat. He and his wife did not like the fact that children would scream, stare, point, ask questions or comment that he looked like he is from the walking Dead.

Despite wearing a hat, Reggie still couldn’t hide his condition completely. Some AKN tissue started to form on his neck.

Acne Keloidalis Nuchae is not a condition that relents or really stops. Reggie’s problem continued to progress.

Too Big For Dr.Pimple Popper To Handle

Due to the size of Reginald’s tumor, Dr.Pimple Popper didn’t think she could get rid of it, saying that it was “beyond my abilities.”

There were two major issues associated with his excision.

She then decided to contact one of her dermatology colleagues 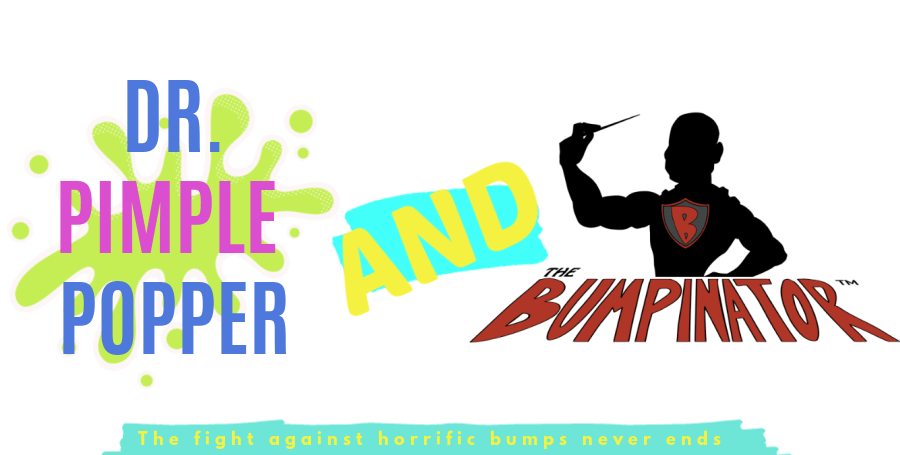 Dr. Pimple Popper and Dr.Bumpinator team up in the fight against AKN

Dr.Pimple Popper decided to get in touch with her friend, Sanusi Umar MD (aka Dr.Bumpinator). She sent him photos of Reginald’s condition and asked if he could help.

In other words, the excess skin surface area would prove useful for closing the excisional wound. At the end of his phone call with Dr.Pimple Popper, he confidently confirmed, “I’ll be glad to take him.”

Dr.Pimple Popper remarked, “I am really pleased that Reggie is going to be in the best hands.”

After meeting Dr.Bumpinator in person, Reginald was confident this new doctor could get the job done. Dr.Bumpinator helped him feel comfortable by “explaining more and giving more details [about] what he was gonna do.”

Reginald was very happy that he was finally getting the help he needed, saying that this was the “best news I’ve heard in years…This is going to change my life tremendously.”

Bumpinator – “We Have to Do This As A-Team”

Dr. Pimple Popper decided to be at Reginald’s procedure to watch his surgery. As a patient, he was given laughing gas to manage both anxiety and pain. Instead of being asleep, he was to remain awake.

Since the lower back of the scalp was prone to heavy bleeding, Carla was worried about what could happen. Due to this risk, Dr. Bumpinator and his team made sure to closely monitor Reginald’s heart rate and blood pressure.

To excise the massive bump, Dr.Bumpinator used a device to cut and cauterize the tissue. He managed to successfully remove the unwanted tissue mass all in one piece. Reggie felt lighter afterward due to its weight.

The Challenge: What To Do About the Big Hole

Excising the unwanted AKN tumor was a big milestone. But the actual hard part was closing the big hole which remained afterward. According to Dr. Pimple Popper, major complications could arise if large areas like this are not closed properly.

Dr.Bumpinator’s Athena Tension Sutures Made All The Difference 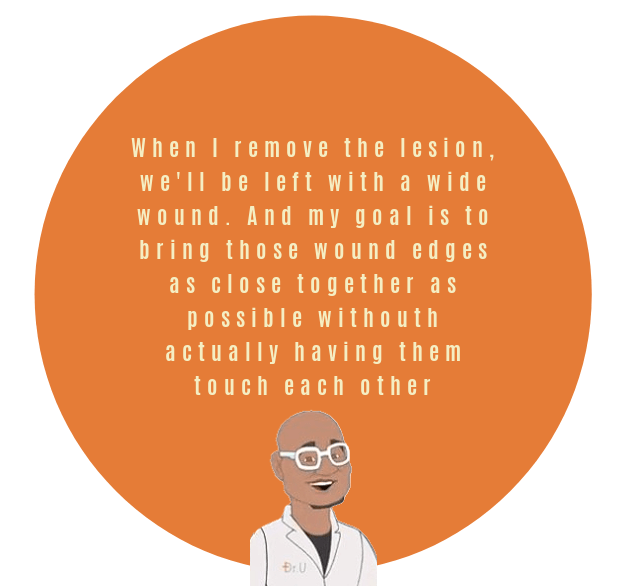 So what is the best way to close a large-size AKN surgical wound?

Dr.Bumpinator explains, “When I remove the lesion, we’ll be left with a wide wound…And my goal is to bring those wound edges as close together as possible without actually having them touch each other…We have developed an implement to assist with that process.”

According to Dr.Bumpinator, “If we use anything ordinary, the suture will just cut right through the tissue.”

The gap between the wound is an important detail needed for Reggie’s outcome. It was left open on purpose. 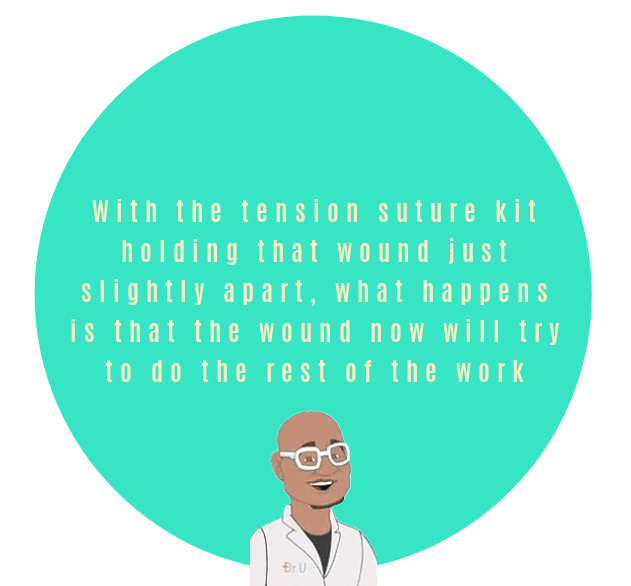 Here’s the rationale, according to Dr.Bumpinator, “with the tension suture kit holding that wound just slightly apart, what happens is the wound now will try to do the rest of the work.”

Dr. Pimple Popper further explains, “It’s almost as if letting this heal a little bit is a signal to your body to really send more resources in there and help to fix that wound.” 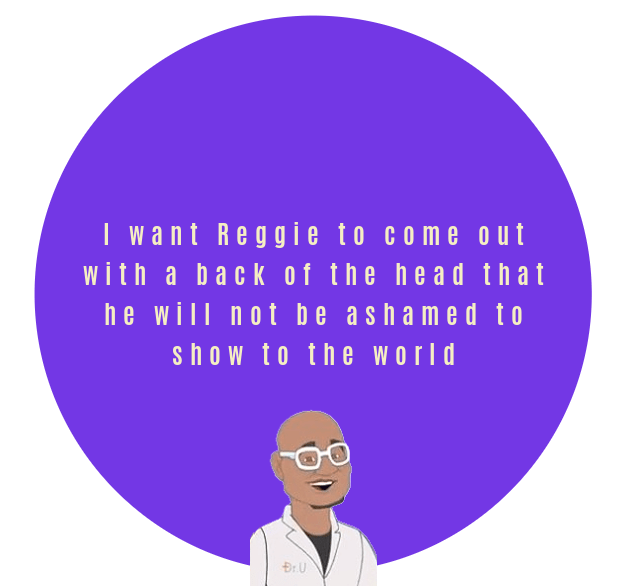 Dr.Bumpinator devotes his work to help real people feel unashamed of the back of their head after their AKN removal

Says Dr.Bumpinator, “I want Reggie to come out with a back of the head that he will not be ashamed to show to the world.”

Due to his advanced innovative surgical techniques, Dr. Bumpinator’s patients are left with a discrete and natural-looking scar that they don’t have to feel self-conscious about.

Though Reginald’s case seems difficult, it was certainly not impossible for Dr.Bumpinator to handle.